VKVs of Arunachal Pradesh have once again exhibited supremacy in the State level Children Science Congress 2014. A total number of 45 projects by district level child scientists from 15 districts (except Dibang Valley and Longding) were presented in the State level. The VKVs positions are given below: 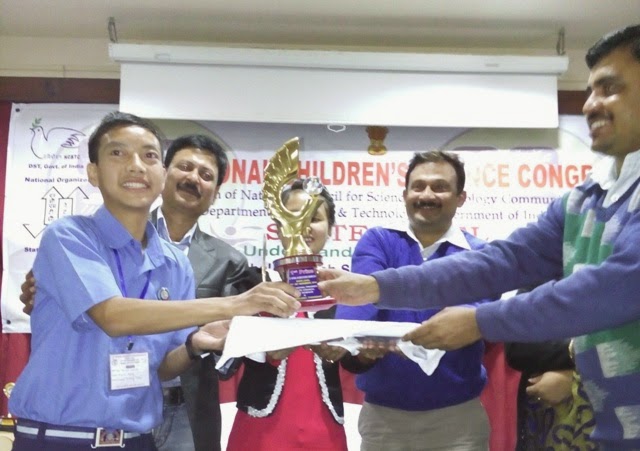 The top ten positions will represent Arunachal Pradesh in the national level to be held in Bangalore during December 27 to 31, 2014.
The second group member of the best two projects adjudged in this competition will get an opportunity to present their projects at the 102nd session of Indian Science Congress scheduled at Bombay University, Mumbai during January 3-7 next.